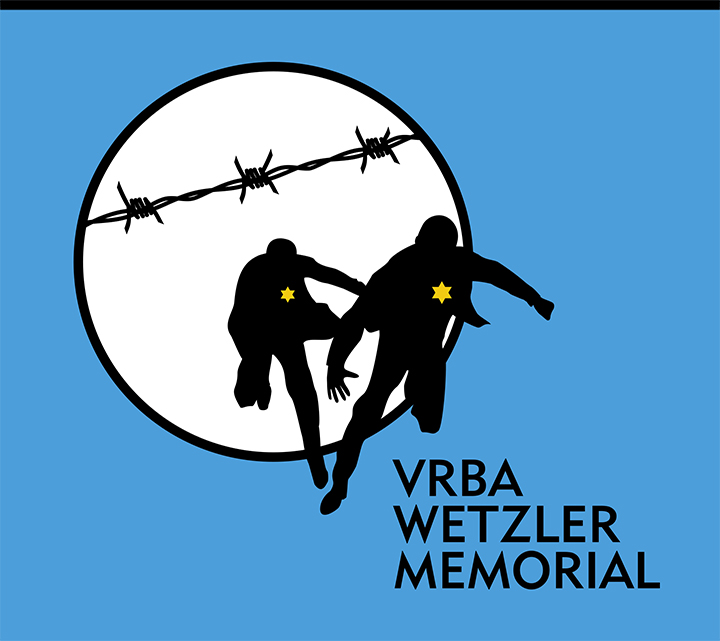 The trial March in the footsteps of Vrba and Wetzler from Auschwitz to Zilina took place from 13–19 August 2014.

During the third week of August 2014 forty participants from the Czech Republic, Slovakia, Poland, USA and Israel covered a 140 km long route from Auschwitz to Zilina. This trail was not arbitrarily chosen for it attempted to follow the route taken by two young  Slovak jews Alfred Wetzler and Rudolf Vrba  who in April 1944 succeeded to escape from the extermination camp Auschwitz II Birkenau. Their report informed the world about the real fate of Jews transported “to the East” in Nazi-occupied Europe.

Not only was the achievement of these two young jewish prisoners exceptional because they succeeded to escape from the best guarded nazi death factory but also because they brought authentic information about the real fate of the Jews transported to the "east". Their motivation for the escape was not only their personal freedom, the avoidance of the gas chambers, but they strived to inform, warn, create an awareness and call for help to avoid further killing. They sent a warning to their Jewish  brothers in Hungary, who were still alive and  unaware of the existence of death camps and the killing factories. They rallied the free worlds’ public opinion that was reluctant to believe in the cruelty and ruthlessness of the Nazis. They called for help the free world that was fighting Nazism, the church. Their escape succeeded in spite of a journey full of obstacles, several days of starvation, threatened by the Gestapo and nazi sympathisers, avoiding shots by German guards, often walking in deep snow. Finally they were helped by the unselfish action of Polish and Slovak peasants and reached the end of their journey Zilina.

It is deeply regrettable that all this hardship and sacrifices has not stopped all the deportations of the Hungarian Jews.

Nevertheless, the news brought by Vrba an Wetzler finally reached the leaders of the allies, red cross, and church and the pressure exerted by these institutions as well as a personal letter of the Pope Pius XII to admiral Horthy halted the deportations and rescued about 200000 lives.

Nobody else during the history of holocaust succeeded in rescuing such a large number of people. For this reason Vrba an Wetzler are true heroes.

The participants included men and women of all ages: the youngest was 17, the oldest 69 years old. Some of them walked the whole trail, others joined for just a few days. Most availed themselves of simple accommodation in mountain cabins, a few slept in the open. They walked on paved roads as well as mountain trails, under the sun and in the rain. They commemorated the escape by reading excerpts from Rudolf Vrba’s book "I escaped from Auschwitz" at the very places that are mentioned in the book. They were in Birkenau, in the Polish village of Pisarzowice, at the tops of the Beskidy Mountains and in the Slovak village of Skalité. They walked together, talked, ate, helped each other and sang. There were also moments when each person wanted to be alone, meditating, perhaps crying. Many questions arose and not all of them were answered. The week spent together was an unforgettable experience with transforming power.

The vision to create this tradition was brought by Fedor Gál and fulfils the last wish of the late Zuzana, Rudolf Vrba’s daughter; the project is organized by the Czech Branch of the International Christian Embassy Jerusalem (ICEJ).

We thank all the participants and supporters without whose help this event could not have taken place.