Maps of concentration camps Auschwitz I and II with marks showing the locations where Rudolf Vrba and Alfred Wetzler stayed from the summer 1942 until their escape in April 1944. They are based on hitherto unpublished original documents provided by Robin Vrba, Rudolf Vrba's second wife.

Rudolf Vrba marked the locations on the map according to his recollections in conversation with historian Martin Gilbert.

We thank Nicole Zimring, a friend and participant in the March in the footsteps of heroes, for her invaluable assitance in drawing these maps. 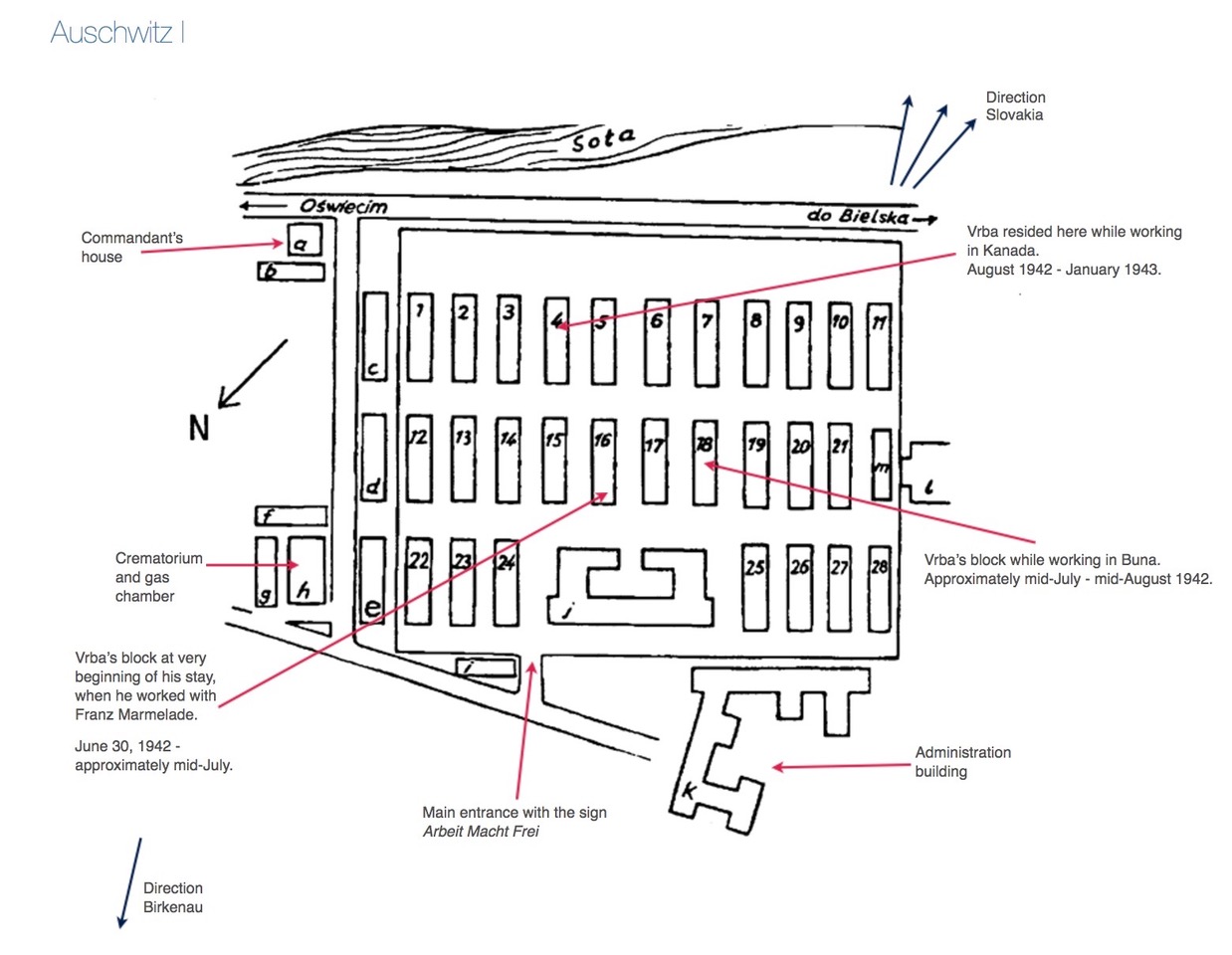 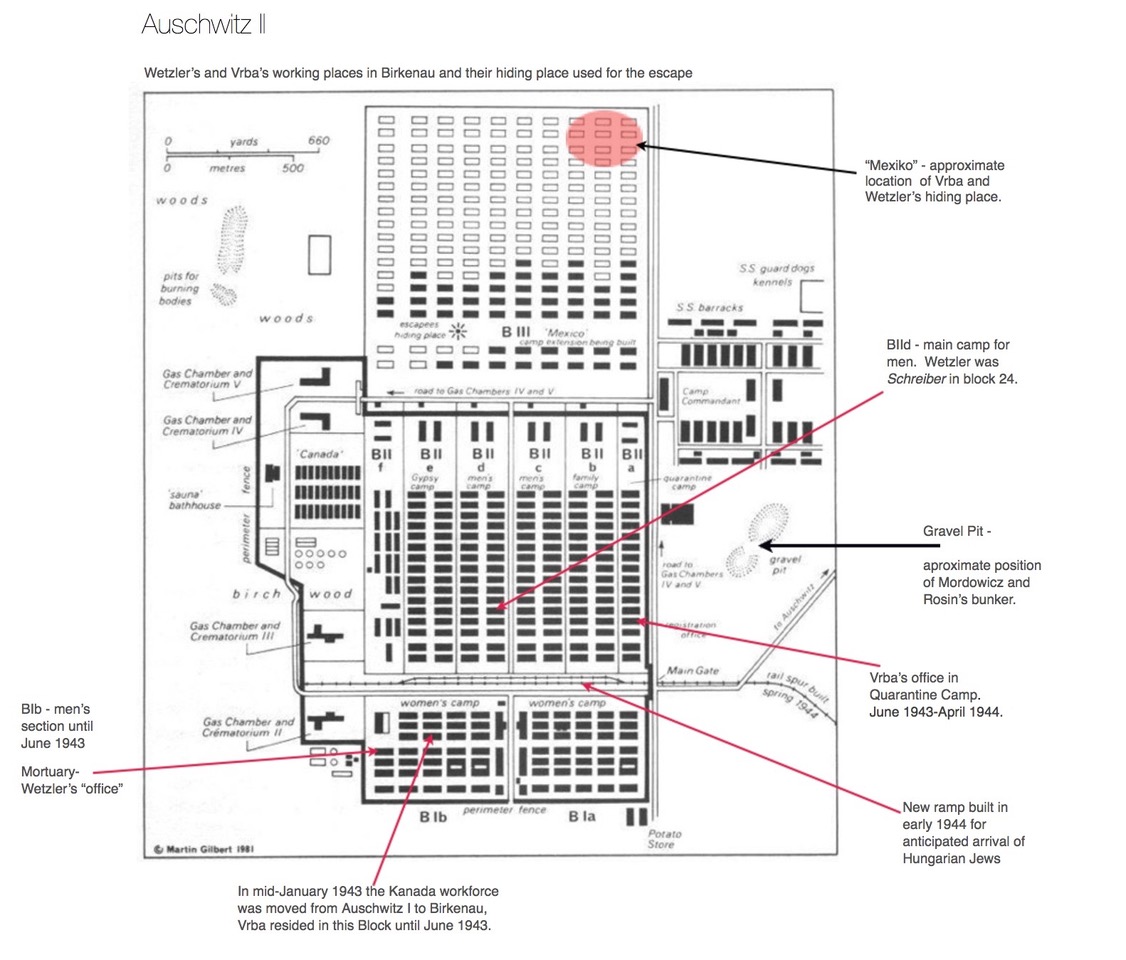